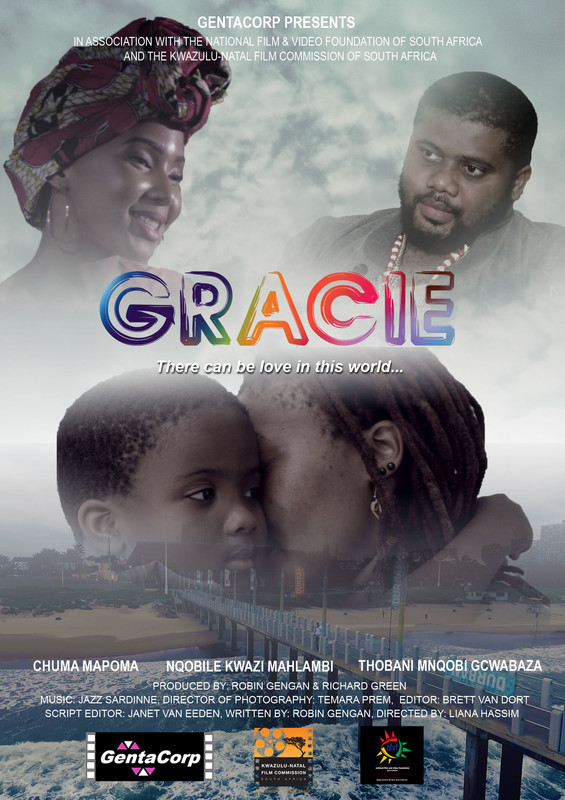 Synopsis:The story is narrated by an ADULT GRACIE reminiscing her life when she was five year old. Gracie is a Zulu girl born to a mother who was not ready to have a child, she is looked after by her aunt and uncle who love her dearly. Gracie’s world view shows the harshness of the city of Durban in the grip of xenophobic attacks, but her child-like point of view creates an artistic world of sketches which make some sort of sense of beauty out of the apparent chaos. The main plot is Jeanie’s life as seen by Gracie, even though she lives happily with her lawyer step-mother and professional father. She admires her famous aunty Jeanie who was the OneAfrica brand model and is not disturbed by the fact that Jeanie is not her biological mother. In FLASHBACKS the audience is taken 6 years earlier to show the African unity and Jeanie at the height of her modelling career. This film addresses the theme of hope and unity through dark and violent days and shows that like the art of little children … there can be love in this world!