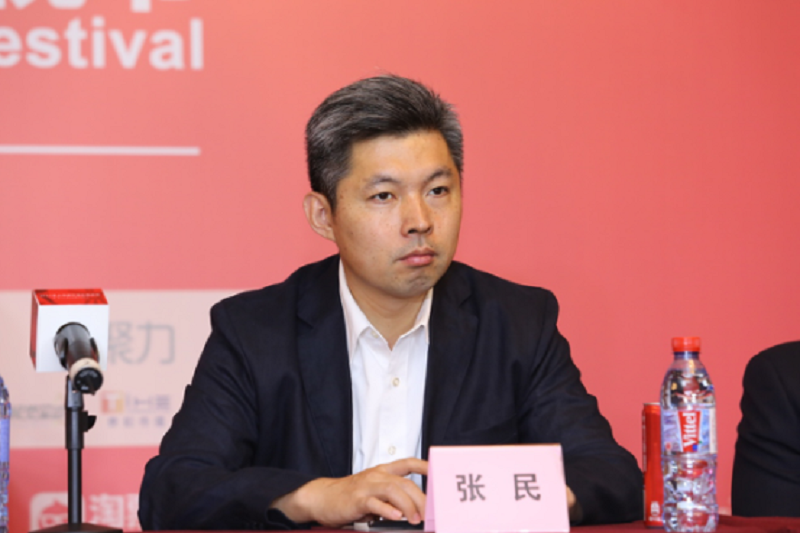 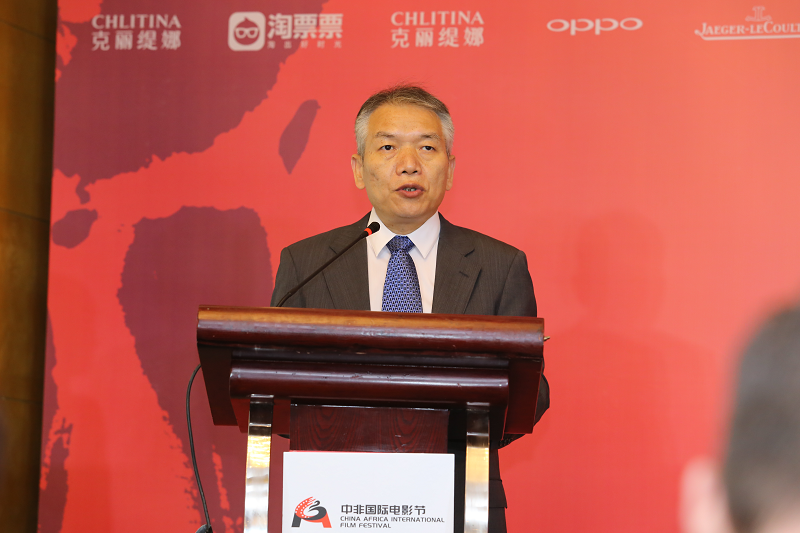 "China Radio International will take full advantage of itself, taking China-Africa International Film Festival as a platform to further the communication between Chinese film and African film. With effective evaluation, election and publicity mechanism, the creation of elaborate films will be the trend. Besides, we will make efforts to push the promotion work of excellent films, reward outstanding filmmakers, and introduce films of high quality to mutual markets, especially to the theatrical film market. It is obvious that all of these activities are beneficial for content promotion, technological innovation, industry development, and brand construction, and will promote the film culture communication in depth and width between China and Africa as well." said Qian Ren. 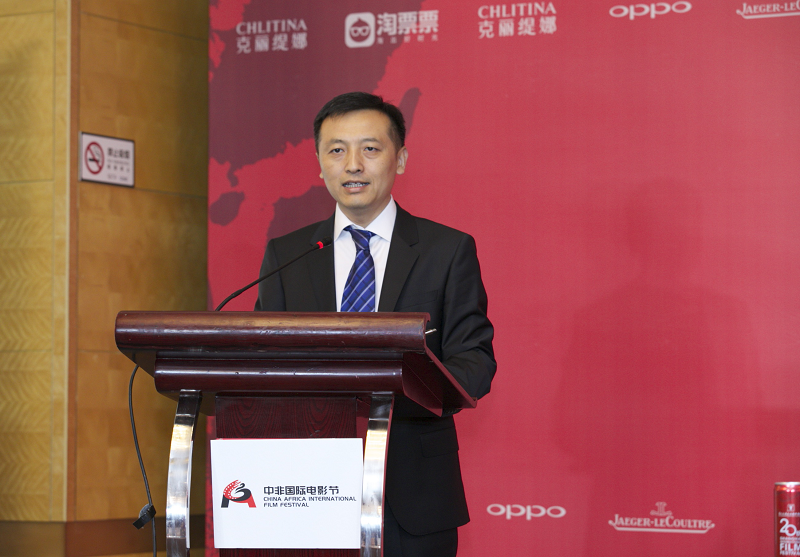 Jian Zhang, Deputy Secretary of CPC in BFA, pointed out in his address that there is always a profound friendship and cooperative relations between China and Africa. Especially with the convene of FOCAC Johannesburg Summit, a comprehensive strategic partnership has been established between China and Africa. “Now, the exchanges between China and Africa are enhanced and strengthened. Apart from the traditional political and economic exchanges, Chinese and African people are eager to learn the culture of each other. Therefore, the China-Africa International Film Festival, which conforms to the trend, comes into existence naturally. Under the background of the Belt and Road Initiative, the Festival is inaugurated by CRI, BFA, GMMG, and related African organizations, aiming at reinforcing cultural exchanges and cooperation along the Belt and Road countries. In this way, the cooperation between China and Africa through film will be more and more harmonious.” stated by Jian Zhang. 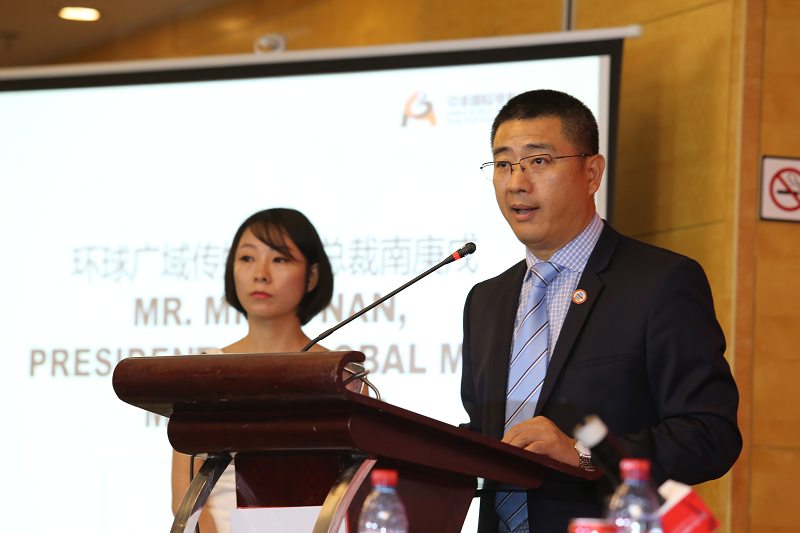 Miles Nan, the president of GMMG, introducing the preparation work

At the press conference, Miles Nan, the president of GMMG, mentioned that the friendship between China and Africa needs to be maintained, while the most effective and straight form is film. Besides, film is also one of the most effective platform for cultural interaction. "The upcoming China-Africa International Film Festival in South Africa is a ‘feast’ for the cultural exchange between China and Africa. China is our motherland, while Africa is our second home. Thus, we must take the responsibility of keeping cultural exchange channels of film open between China and Africa." said Miles Nan. In Miles Nan’s address, he referred that Cape Town International Film Market with South African film organization will be launched at the same time. In the meanwhile, to ensure the success of the Festival, the committee will make full use of resources provided by partners including the film associations of Egypt, South Africa, Ghana, Tanzania, etc. 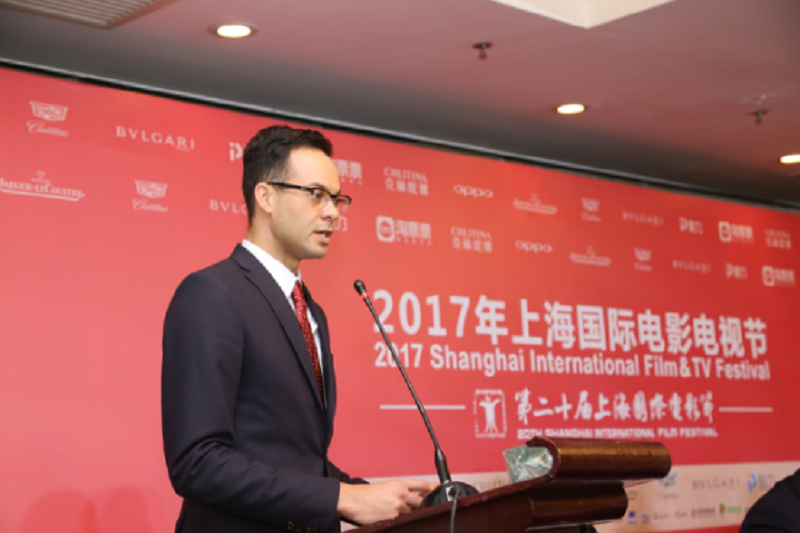 In his address, Rafiq Samsodien noted that as film workers of Africa, they are eager to make contributions to reinforcing friendship and cultural exchanges between China and Africa through the China-Africa International Film Festival. As the organizer of the Festival, Cape Town International Film Market, along with GMMG, will do best in planning and various preparation work, making full use of their advantages as natives. 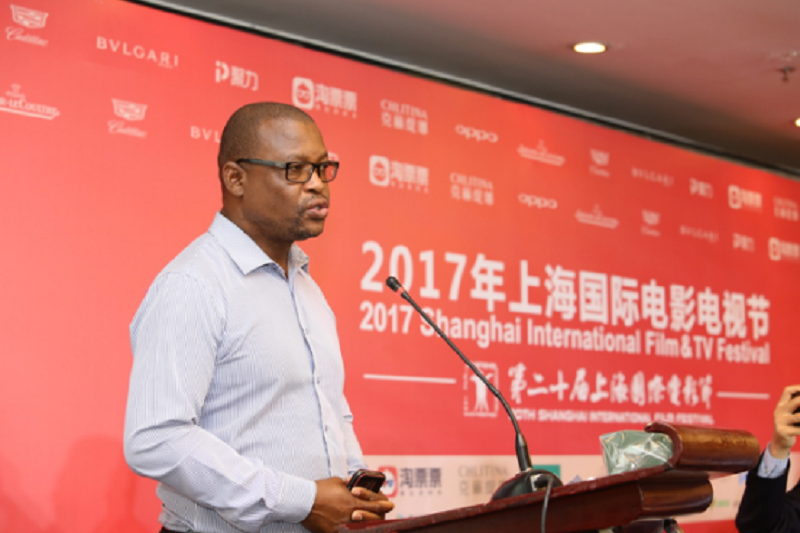 Matasabah, director of the Information Broadcast Apartment of Botswana

Matasabah denoted in his address that Botswana would like to strengthen international cooperation with China in radio, television, film, etc, enriching bilateral exchanges. 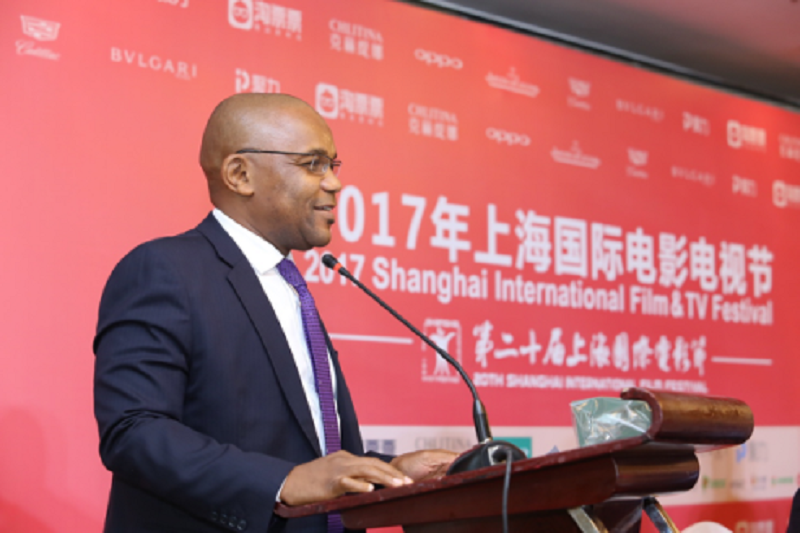 Bowen. Tao said that the Belt and Road strategy, proposed by the General Secretary of the CPC Central Committee Jinping Xi, will surely be beneficial to Africa. In the Belt and Road strategy, South Africa is a very important link connecting China with the world. He sincerely welcome friends from China to attend the China-Africa International Film Festival, hoping that there will be a better cultural exchange atmosphere between China and Africa. 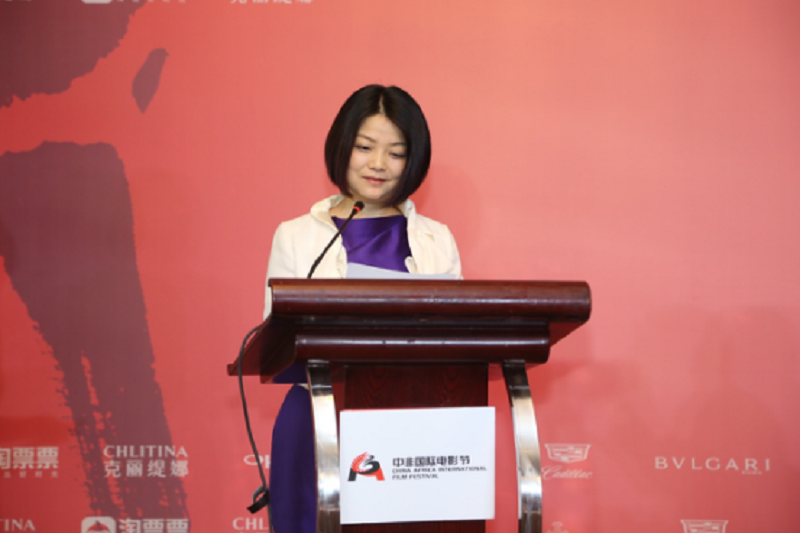 Minfang Wan, the producer of When Africa Meets Chanel

Ms. Wan made a brief introduction to the film plot. 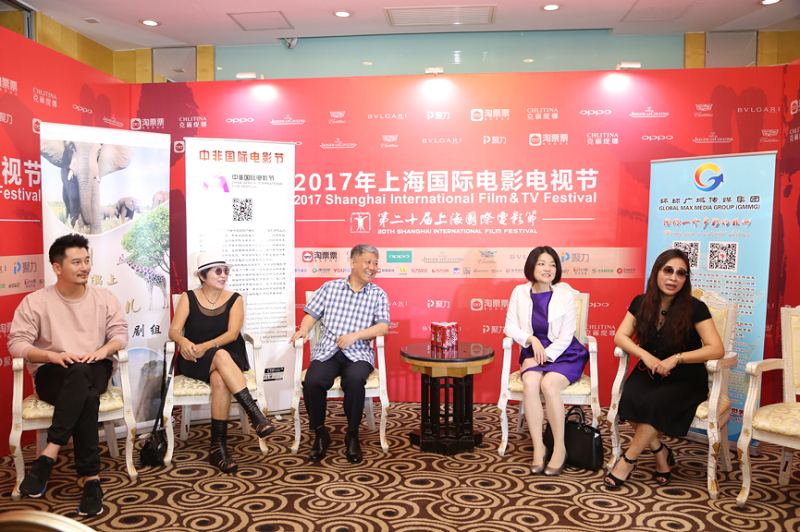 The film crew of When Africa Meets Chanel

Minfang Wan, the producer of When Africa Meets Chanel film, attended the press conference along with the executive producers. Ms. Wan introduced that When Africa Meets Chanel is a cooperated product by GMMG and herself. When Africa Meets Chanel is a highway comedy love film, filmed in Zimbabwe, the "back garden of Europe". The background of this film is the rise of China, and the Belt and Road strategic overseas investment. In order to tell a good comedy love story, this film focuses on the plot development, making efforts to be comical in plot, vivid in characters and moving in plot development. With ornamental and artistic value, the script structure is exquisite and unique, learning from foreign modern expression, which not only satisfies the audiences’ appreciation habits, but also owns outstanding artistic characteristics and special aesthetic pursuit." said Ms. Wan. 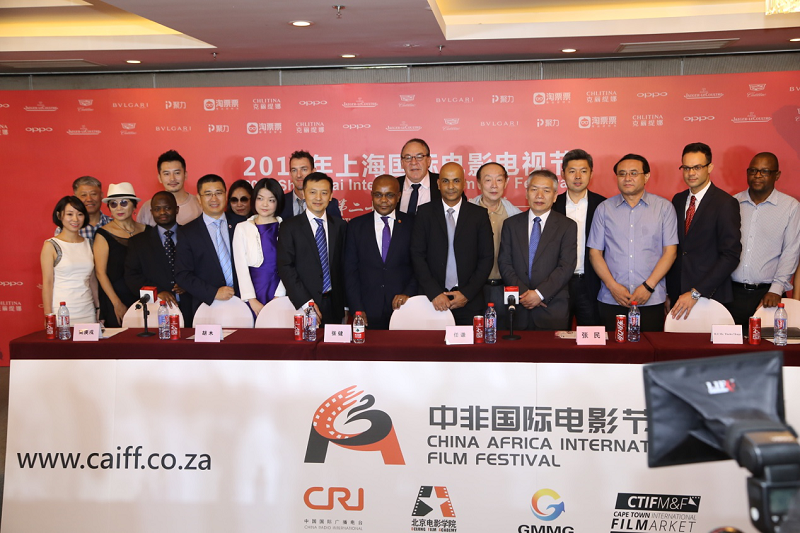 China Radio International was founded in 1941. With newspapers, radio, TV, Internet and new media communication means, it also contains all media forms from the first media to the fifth media. Besides, such films as A Beautiful Daughter-in-Law Era and Mr. Jin's Happy Life were translated by the Film and Television Translation Center of CRI, which are popular and deeply loved in Africa.

Beijing Film Academy is one of the world-famous professional film academies, which is the only one in China, and the largest in Asia. In addition, BFA has rich experience in undertaking film festival. From 2015 to 2017, it has undertaken the appraisal work of Tiantan Awards three Beijing International Film Festivals and the Third Silk Road International Film Festival in 2016. Global Max Media Group is largest Chinese media group in Africa with the most platforms, languages and coverage in Africa. Its headquarter is located in Gaborone, Botswana and it has three regional headquarters covering most African countries. It is committed to be a mainstream media in the region so as to disseminate Chinese culture and improve China's image abroad. GMMG’s primary business has been expanded to multilingual broadcast television, video image, film and television production, network multimedia, newspapers and magazines, advertising, public relations and so on, along with the planning and organization of large-scale culture and public welfare activities.