The opening ceremony of When Africa Meets Chanel, which is a co-produced by Shenzhen Radio & Television Co-Culture Media Co. LTD, Shenzhen Hao-Zhi Culture Co. LTD, and Global Max Media Group (GMMG), was held in Harare, the capital of Republic of Zimbabwe on June 2, 2017. Producer and creative team all attended the ceremony, praying for luck by offering incense to Buddha. The host announced that When Africa Meets Chanel is officially to shot at the opening ceremony, which means that the film will enter the filming stage. The guests and all the cast members at the ceremony were enthusiastic, sending their best wishes to the film. 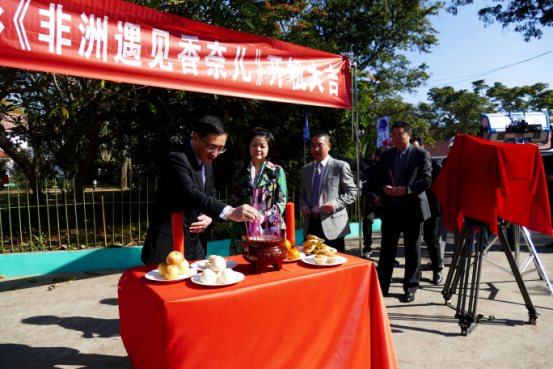 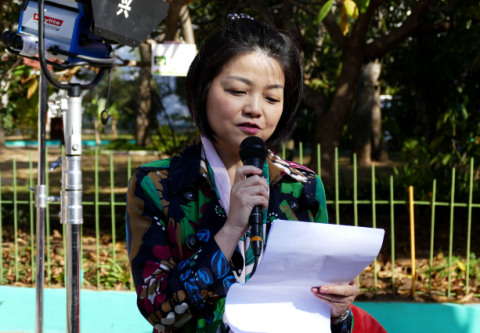 Minfang Wan addressing at the ceremony

Ms Wan, the film producer, expressed her gratitude to Chinese Embassy in Zimbabwe, Chinese institutions and communities in Zimbabwe. "Thank you China. Our great country, standing among the nations of the world, has given us confidence in economy and culture to come out, and has provided us confidence and determination to film in this miraculous land as well. Thanks to Zimbabwe, a beautiful and fascinating country. I can still feel tenacious strength of this fantastic country that warms us in this cold season. Thanks to the Embassy of Zimbabwe, the local government , the cultural institutions and the media in central Africa for your sincere support. Thanks to the Chinese institutions in Zimbabwe for your selfless support, especially the Chinese chamber of commerce. And thanks to the co-producer, Global Max Media Group, sparing no effort to promote for the film. It is your unswerving and powerful supports that has given us the confidence to come here to film.” said Ms Wan. 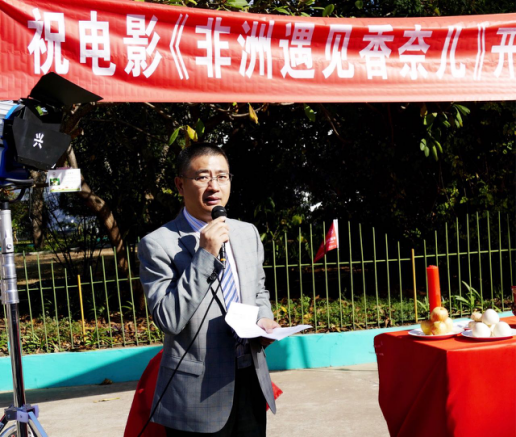 Miles Nan, the president of film co-producer GMMG, pointed out in his statement that to make a better Chinese cultural card, Chinese film industry can't just rely on Kung Fu movies, making Chinese films stay in the impression of the "fight" and "fist" in Africa. Instead, Chinese film industry should make films which can cause a strong resonance with life, and embody the spirit of Chinese culture. Besides, "China-Africa friendship needs to be strengthened and the understanding between Chinese and African people needs enhancing; the film is the most effective and direct way to achieve them. The film is a platform for cultural interaction and communication, and it is also an important component of a country's cultural soft power. We will make efforts to enhance the influence of Chinese films in Africa, aiming at improving China's cultural soft power and influence in the continent. When Africa Meets Chanel is the first Chinese film made in Africa, it is a leading card in the cooperation history of film industry between China and Africa, which is worthy of our applause!" said Mr. Nan. 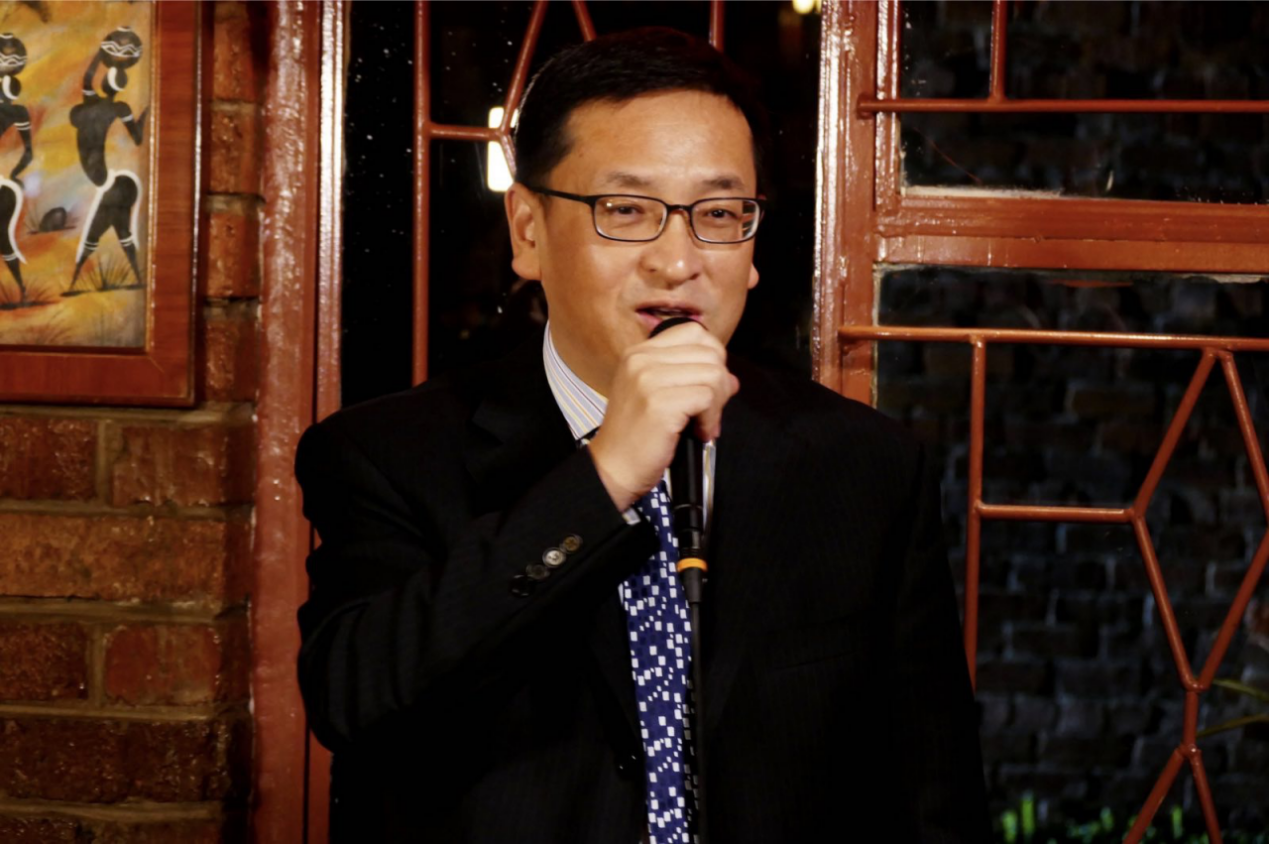 Hai Ye, the president of Chinese-funded Chamber of Commerce in Zimbabwe

"Zimbabwe has rich resources, beautiful scenery and virtuous people. The impression of Africa is still primitive, poor and backward for most Chinese. It is hoped that this film will show the fascinating natural and cultural landscape of Zimbabwe. " said Hai Ye, the president of Chinese-funded Chamber of Commerce in his address. 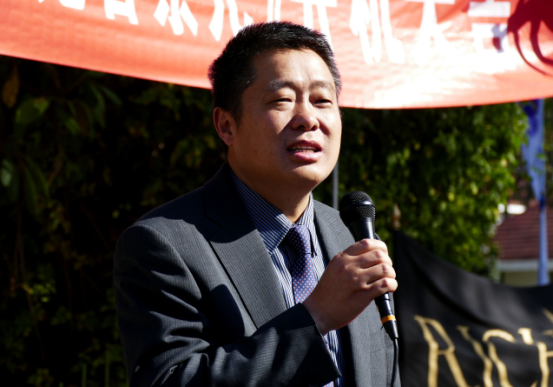 " When Africa Meets Chanel, an theatrical film, tells a vivid comedy love story with ups and downs in the plot, aiming at promoting China-Africa cultural exchanges by the rise of China. The film will show the picturesque natural landscape of Zimbabwe, the wonders of its animal world, as well as the local diets, customs, cultures, etc, which will certainly be a new model form for cultural exchanges of China and Africa!" said Mr. Zhang, the representative of Anhui Foreign Economic Construction (Group) Co., Ltd in Zimbabwe.

When Africa Meets Chanel is a highway comedy love film, filmed in Zimbabwe, the "back garden of Europe". The background of this film is the rise of China, and the Belt and Road strategic overseas investment. In order to tell a good comedy love story, this film focus on the plot development, making efforts to be comical in plot, vivid in the characters, and moving in plot development. With ornamental and artistic value, the script structure is exquisite and unique, learning from foreign modern expression, which not only satisfies the audiences’ appreciation habits, but also owns outstanding artistic characteristics and special aesthetic pursuit. The film is also supported by the local government." This is the first international movie, made by China instead of Hollywood in Zimbabwe, which is a big culture event in our country." said the official of Zimbabwe's culture ministry.

"The film had spent a lot of time in planning and creating work, and the recruitment of actors and choice of scenes in this film are after careful thinking and repeated picked, making every effort to conduct a refreshing film on Africa. It is expect to be released in the first half of 2018. " the creator team noted. The news conference is interviewed and reported by CCTV (China Central Television), CRI (China Radio International), Zimbabwe State Television, The Herald of Zimbabwe, The Oriental Post, South Africa Bush Radio, Tanzania Television, etc. It is reported that the film is invested and schemed by the producer Minfang Wan, and its production managers are veteran film and television workers Lixin Xie, Yannong Tian. The film director is Canadian Chinese female director Yan Cui, and the leading actor and actress are Ziquan Wang, and Yue Yang, who are elites among new actors. 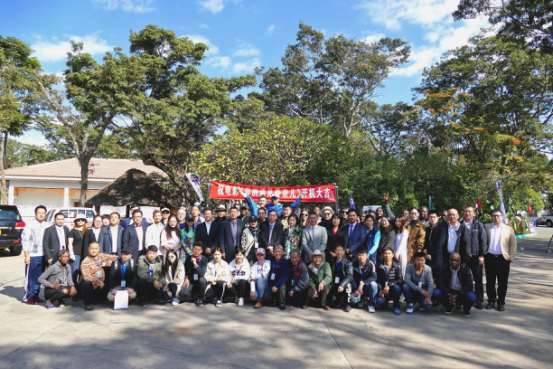