Hello, my distinguished leadership, colleagues in filmdom, ladies and gentlemen, and journalist friends. Shanghai is the birthplace of Chinese film, where the country’s largest film manufacturing industry was born. Many Chinese filmmakers second to none are gathering here, and it is the place where foreign films were played first in China. Nowadays, China has ranked the world’s second largest film entertainment market, with annual output reaching over 700 films, national total box-office value approaching 50 billion RMB and viewers in urban area topping one billion. Through generations of unremitting efforts made by creative Chinese filmmakers, the historical features of China, changes of time, classic characters and myths and legends has turned into inspiration sources of producing stories and the propagation objects of film panoramas. Relying on profound Chinese culture and putting eyes on fantastic world trend, the creation and production of Chinese films actively absorb and utilize the latest cultural expression ideas and audio-visual technologies, which makes Chinese stories, elements and concepts not only be recognized in local film market, but also be well-known abroad and touted by more and more audiences all around the world. 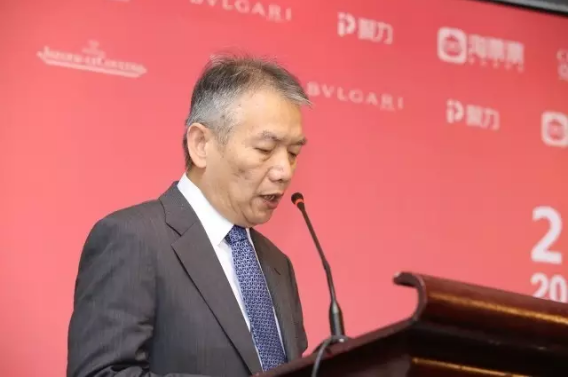 As a national multilingual film and television translation base, China Radio International, in recent years, has dubbed over 100 films and television dramas, documentaries and cartoons into generally used language in Africa such as English, French, Arabic, Swahili, Hausa, Portuguese, and Spanish, etc, many of which attracts a strong interest among the African audiences after playing. Chinese film and TV series drama has greatly enhanced the influence of Chinese culture in Africa. Compared with TV series, the quantity, range and impact of Chinese films in Africa are not enough. The Organizing Committee of CAIFF will integrate superior resources and break down barriers of film exchanges between China and Africa through the platform of CAIFF. Meanwhile, it will encourage respective and cooperative film-making, promoting competitive products and facilitating films to enter into both sides’ markets, thereby stimulating the progress of their film-making, technical innovation, industrial development and brand building and uplifting the level of China-Africa film culture exchange.

In the new era of China-Africa deep-seated comprehensive strategic partnership, we will follow the policy “adherence to the mutual exchange of civilization” put forward by Chairman Xi Jinping at the FOCAC summit in 2015, bridged by the film and television, to strengthen humanistic cooperation with African countries and to promote cultural integration, policy coalescence and people-people understanding, which makes an ever-lasting China-Africa friendship. During the Festival, we will launch a series of activities such as opening and closing ceremonies, film exhibitions, forums and medal presentations. Extensive invitations will be sent to the Chinese and African film organizations and peer-industry friends to participate in the Festival, thereby making a feast for Chinese and African exchanges. The first CAIFF is going be held in South Africa in October this year. We sincerely invite journalist friends to pay long-term attention and coverage to the event. The CAIFF is expected to bring happiness and be well-known among the peoples, with the help of domestic and foreign radio, television, newspapers, networks and various types of social media